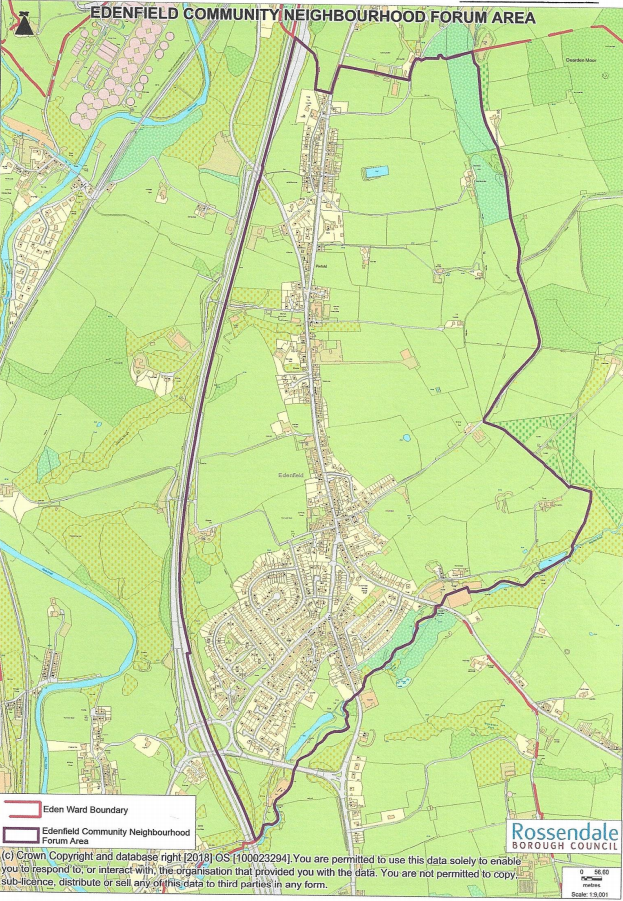 We’ve seen the discussions on the Edenfield Resident’s page about the neighbourhood forum and its boundary and understand that people living outside the boundary may be disappointed if they are told that they can’t be a “member” of the forum.

In 2017 when Rossendale Council first suggested removing the green belt status of the fields to the West of Market Street a group of residents got together to discuss what could be done to oppose the council decision. One method that residents of an area can use is to create a community forum. We decided to create a community forum and approached the council to discuss our plans.

In late 2017 the Neighbourhood Area proposed was all of Eden Ward (which made the boundary easy). Unfortunately, at the time, there was little interest from the residents of Turn, Stubbins, Strongstry and Irwell Vale so the decision was made to include only “Edenfield” in the forum. Unfortunately, Edenfield itself does not have an obvious boundary so one had to be made. The Council advised that boundaries should be well demarcated, ideally with roads and watercourses. The council suggested the boundaries for the Neighbourhood Area (which includes the bypass on the west) and these boundaries were agreed.

Both the Neighbourhood Forum and Neighbourhood Area are governed by the provisions of the Localism Act 2011. The provisions include Forums and Areas having to be designated by the local Council. The designation process by the Council includes a six week public consultation.

Unfortunately the boundaries cannot be changed. We understand that current residents of Turn, Stubbins, Strongstry, Irwell Vale and those Edenfield residents who live beyond our boundary are aggrieved and disappointed that they can’t be full members of ECNF. These “non-members”, will undoubtedly still be affected by the council’s decision to scrap green belt and encourage development are able to join the forum as a “friend”. Friends and members receive the same information and support via our website, newsletters and FaceBook page.