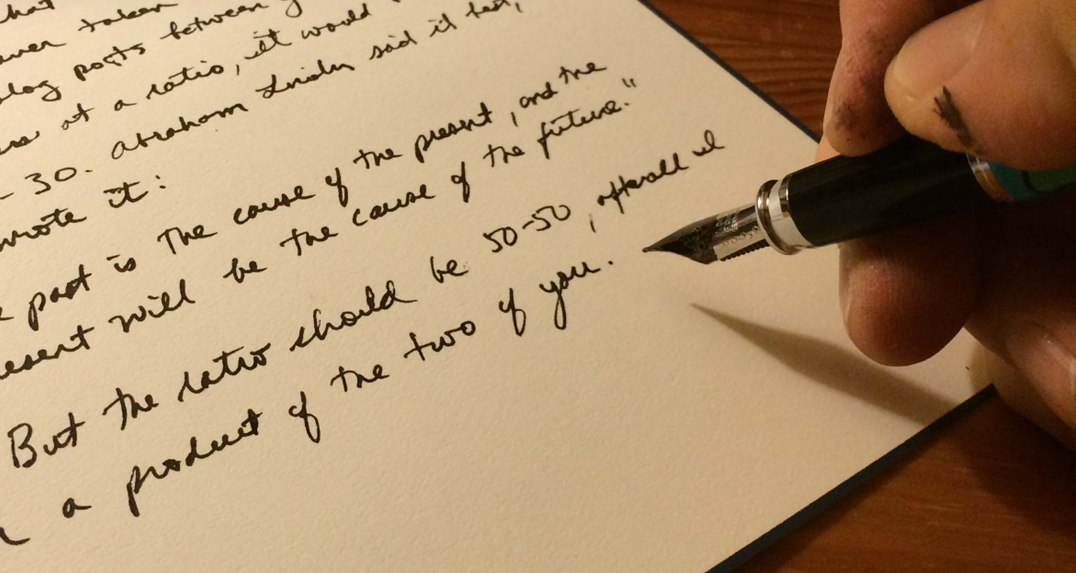 (This letter missed the deadline for inclusion in the Free Press this week, but we hope to see it published next week.

We write about the long saga of our Council’s Local Plan and how it affects Edenfield. This scheme involves the removal of about 45 acres of land from the Green Belt to allow the building of around 400 houses on this land alongside the A56 by-pass in the village.This will increase the size of the village by approaching 50% over the next 15 years or so and the council have obtained approval for the Plan, unfortunately from our point of view, but it is now a fact we have to face up to.

The next stage in this process as it relates to Edenfield is the production of a MasterPlan for the development of this site designated as H66 in the Local Plan. This is necessary because the land involved has four separate developers so some things need to be considered from the point of view of the whole site rather than by individual developer’s Planning Applications so an overarching plan is needed and is called a MasterPlan. One of the critical factors which should be covered in such a plan is the one which is the most concerning to members of our community and that is traffic, but more on that later.

The Local Plan states clearly that the MasterPlan must be prepared and involve all developers, other “stakeholders” and our colleagues, the Edenfield Community Neighbourhood Forum (ECNF) and that no individual Planning Application should be considered until such a MasterPlan has been agreed. However, in the past week we have received a copy of the proposed MasterPlan and a Planning Application from Taylor Wimpey, the largest developer, HOW CAN THIS BE?

A glance at the so called MasterPlan tells us that it is as much a sales brochure as a planning document and amongst other things is completely silent about the “elephant in the room” — the question of traffic. As mentioned above this is of great concern to Edenfield residents because we all wonder how our roads, particularly Market street, are going to cope with hundreds of extra cars pouring out from this development every day. As for consultation and the Plan involving all developers, it includes a play area on land owned by one of the other developers and when he saw the Plan it was the first he had heard of it!

It is interesting to note also that supporting online notes to a flyer put out by Taylor Wimpey in the summer to some houses in Edenfield stated; “initial assessments of the adjoining highway network confirm that there is sufficient capacity within the existing road network to accommodate phase 1 (238 houses) with minimal highway improvements required within the highway boundary” They clearly do not live here! But this statement on its own clearly shows how important it is to have an overview of the position to make sure that all important issues are dealt with as a whole and not piecemeal to the detriment of Edenfield residents. We do not know why the question of traffic was not included in this clearly inadequate “MasterPlan” but before they began they might have considered some comments made before the Local Plan was approved. One was from the Traffic consultants employed by one of the other developers which stated that in their opinion the traffic problem in Market street was probably not solvable and another comment which came from the Government Planning Inspectors who approved the whole Local Plan who said that the traffic problem on Market St was potentially solvable which also of course means that it is potentially UNSOLVABLE.

So in conclusion, this scheme has been visited on the residents of Edenfield by Rossendale Council against the clearly expressed opposition of a substantial majority of them and we find now that this council is not even sticking to the requirements of its own Local Plan. It is now up to the council to sort out the situation and we urge it to do so as follows:

1) insist on the production of a FULLY comprehensive MasterPlan to include traffic and; 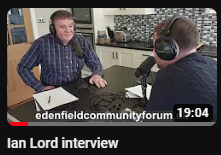 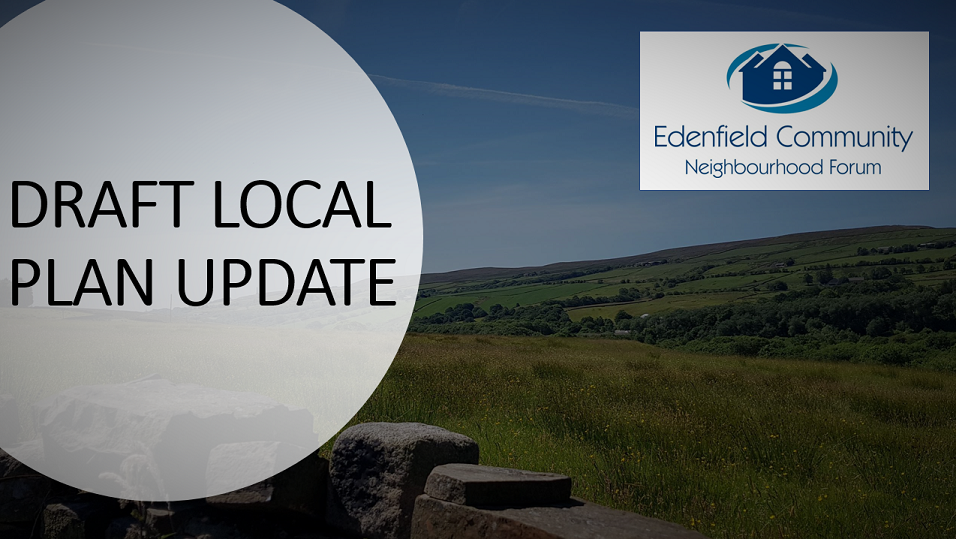