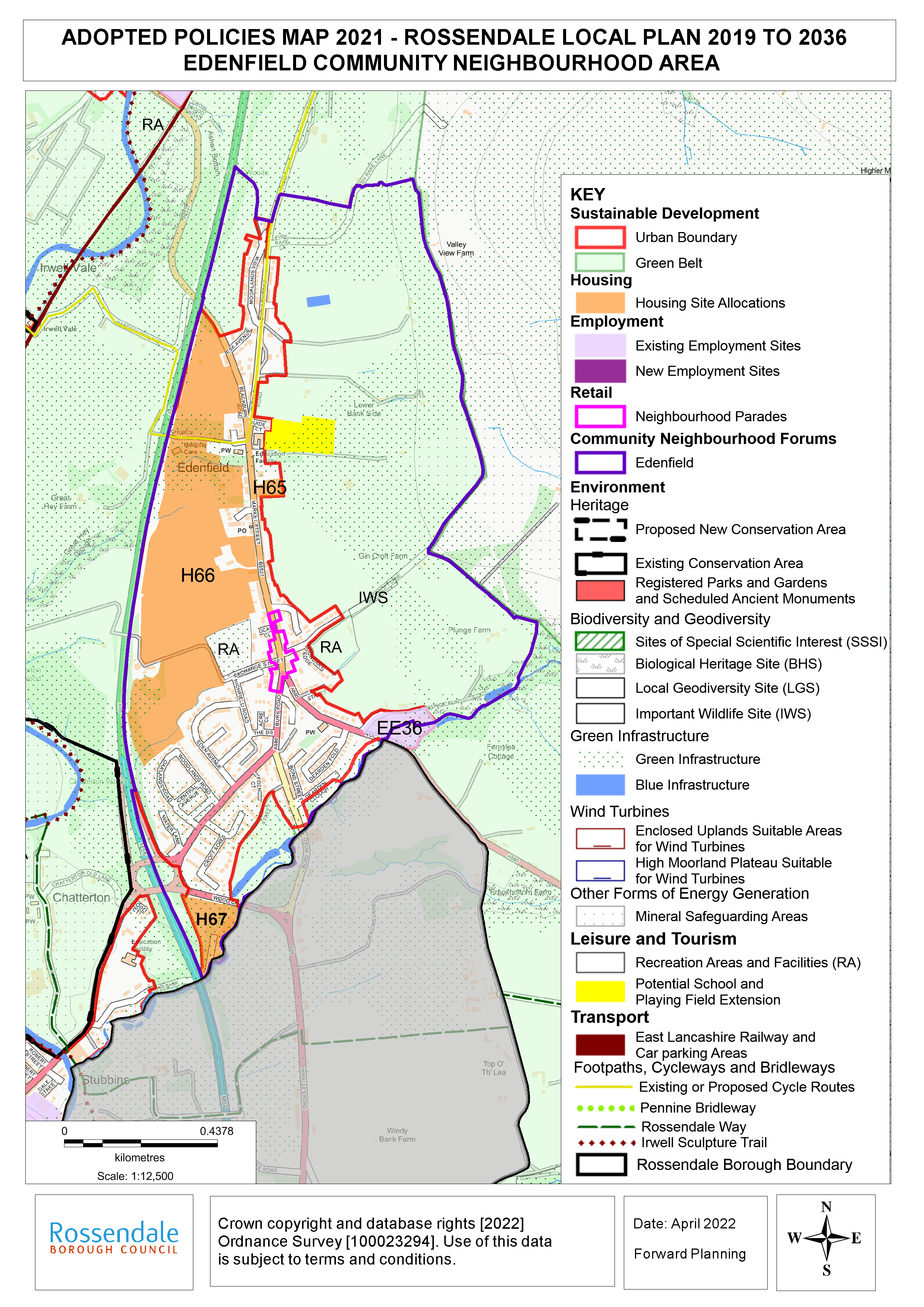 On 21st November the Council announced a consultation on a masterplan and design code for site H66 which is the land west of Market Street released from Green Belt twelve months ago in the Rossendale Local Plan – see the plan attached. The Local Plan provided that development of H66 would be subject to an agreed masterplan and an agreed design code so we knew this would happen sometime. It was anticipated to be sooner rather than later following Taylor Wimpey’s pathetic attempt at a “masterplan” consultation in July. The consultation started on 21st November and runs for six weeks to 3rd January. The document can be accessed on the Council’s website: http://www.rossendale.gov.uk/edenfieldmasterplan

The Forum Management Committee met on 22nd November to start on our challenge to these proposals. Firstly, we believe that the consultation period is totally inadequate due to poor notification and as it included the Christmas holiday period (not to mention the football World Cup). It appears to be an attempt to prevent effective consultation. We also believe that planning applications for any development of the H66 site should not be considered before the masterplan and design code have been agreed – which was stated in the Local Plan. We have written to the Council insisting that the consultation period is extended and that consideration of the planning application is deferred until after an agreed masterplan and design code is in place. A response is awaited.

We are studying all the documentation and will submit detailed objections (whether it is for one consultation or two) before the end of the consultation on 3rd January. There is a lot of information to trawl through and we are a small team so any input you have from your own review of the information would be appreciated. For the moment you can e-mail this to [email protected] or through the dedicated page on the website when this is up and running later next week. We are also encouraging residents to submit their own objections direct to the Council which should be through the consultation process and we will shortly be giving advice on how to do this.

Where necessary we will engage planning and traffic advisors to advise on the more technical stuff which will come with a cost and so we are asking for donations to fund this. Ways of donating will be available shortly including through the website and social media.

Over the last few months we have been working on totally updating our website and social media presence in anticipation of challenging planning applications for H66. These are close to going live and will be much more interactive and should engage a wider audience, both in the village and beyond. It is all part of our campaign to raise awareness of what could happen to our village and support the challenge to the developers’ proposals.