On 7th September members of the ECNF management committee met Troy Planning & Design consultants to discuss the implications of the proposed local plan on Edenfield as well as to develop our own alternative proposals to the RBC plan.

The meeting was very informative and gave local residents an opportunity to learn about the planning process from the consultants as well as to identify our preferences for sustainable development in Edenfield.

After the meeting, everybody braved the rain to walk around Edenfield to point out areas of interest to the consultants. We’re grateful to the cricket club for allowing us to use their facilities. 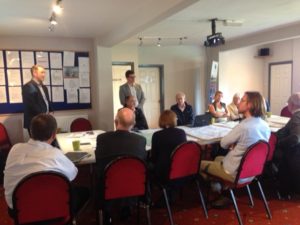 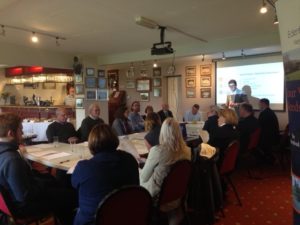 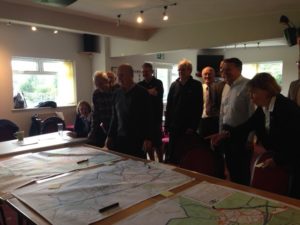 Notice of meeting sent by email to all members together with the agenda for the community forum meeting on 14th August 2018.  The minutes from the previous meeting (referred to in the notice) below, can be found here.

Members of the Forum or Edenfield residents who are interested to hear about us are welcome to come along to this member meeting in the community centre on Exchange Street.

Meetings of the Management Committee meeting held on 26th February 2018.

The next meeting of the Forum will be at 7.45pm on Monday 5th February at the Edenfield Community Centre. A meeting agenda is attached together with a copy of the minutes from the last meeting held on 5th December.

This meeting is being held earlier than anticipated due to the Steering Committee proposing some changes to the Constitution which require the approval of Forum members.

The proposed changes are:
Para 2.1. Deletion of “in partnership with the Council”
Para 3.1. The Area is changed from Eden Ward to Edenfield. As there is no existing definitive boundary to Edenfield the proposed boundaries are shown in appendix A.
Para 1.1 As a result of the change to the Area the name has been changed to “Edenfield Community Neighbourhood Forum”.

This is obviously a very significant change to the Forum which the Steering Committee considered to be necessary for it’s future successful operation.

The reasons will be discussed at the meeting.
Copies of the proposed revised Constitution and the Appendix A map are attached.